It was June and class lists were being handed out for the following year.  I immediately scrolled to the bottom and saw JoJo’s name on my list….I was so excited!  All last year I heard his Kindergarten teacher talking about his behaviors, struggles, and low academic abilities, being the overconfident second year teacher that I was, I knew I would be able to help JoJo succeed socially, emotionally, and academically.

It was the first day of school, at this school we did a First Day Celebration where the parents joined the students at school for the first day.  All 24 students had their parent or grandparent by their side, all except JoJo. JoJo was the first student on the playground that morning and was all alone.  But there was nothing lonely about him, he asked for help as to where to place his backpack and was going up to students and asking them to play he was so excited to play! When the bell rang his head sank and he slowly walked to line up while talking and flicking the boys ear who had been playing with him.

Immediately when school ended I called JoJo’s home in hopes to introduce myself to his mom or dad and tell them how excited I was to have JoJo in my class.  I was shocked when no one picked up the phone, JoJo walked home…who was there for him when he got home?

The first thing I did the next morning was ask JoJo who was home with him yesterday afternoon when he got home from school, his response was that his brother was home.  I then found out he had a brother who was in HS, this was new information to me, at no point last year had an older brother been mentioned.

By late October I started to observe many of the behaviors his teacher last year had concerns about.  I don’t believe in handing out punishments for behaviors, that is only responding to symptoms, not addressing the reason for the behavior.  Clearly JoJo needed me, any student acting out the way he was was in pain, I needed to establish trust and build rapport and do it quick I only had one year to make a difference in his life and he was falling further and further behind academically.

I started to eat lunch with a group of kiddos every other day, this was a great way to get to know them, but more importantly for them to see me as a person, not just a teacher.  Any student who wanted to come was welcomed, we listened to music, talked, etc. JoJo came every time. Each time we ate together he would get closer and closer to where I was sitting.  He didn’t open up, ever, he would just say funny comments to get everyone to laugh but one day he asked me to join the class at recess….I was very intrigued and immediately said yes! 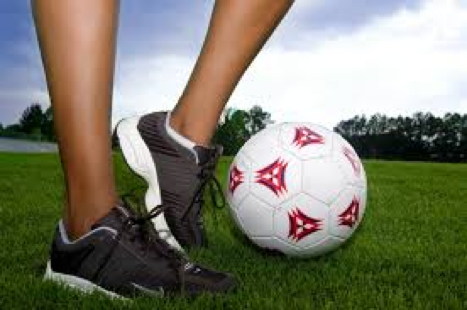 I went out that day and watched them at recess, giving high fives and was amazed at how great JoJo was at soccer.  He was a rockstar! The next time we ate lunch together I was hoping he would ask me to recess again, I had a surprise for him….as fate would have it he did ask to come watch them play today, I told him I couldn’t watch him but I would love to play with them!  I had brought my gym shoes and a change of clothes hoping this opportunity would present itself. I was building rapport, other teachers judged and questioned my professionalism, but I had to show JoJo I cared. That day was the turning point for both JoJo and myself….forever!

The behaviors decreased and he was putting forth so much effort every day, he was showing so much progress.  Something was still up though, he sat as close to me as he could at every moment, never turned in his homework, his clothes were too small and he seemed tired.  I had sent letters home and made numerous attempts via email and phone to meet with his parents but I hadn’t had success….until they called the office to sign up for parent teacher conferences! I couldn’t wait to meet his family to share his successes and hopefully get a better idea of what might be impacting him.

The day had arrived, parent teacher conferences I was so excited to meet JoJo’s parents, I absolutely adored their son and couldn’t wait to tell them how much their son meant to me. After 15 min. I realized I was being stood up, they were a no show.  Well, if you know me at all you know I am not to be ignored, after all the letters, emails, phone calls I was at a loss…I decided I was going to do my first ever home visit.

It was a Monday at 4:00, an hour after school was dismissed.  I knocked on the door….JoJo answered in pure excitement and shock.  Giving me a huge hug (which at this point was a multiple day occurrence) and asking me what I was doing at his house.  I explained that I was so impressed with how hard he had been trying and all the great choices he was making, I really wanted to tell his family.  But alas, no one was home but his brother, I had met his brother a few times at this point and so as I stood in the doorway I told his brother how awesome I thought JoJo was.

The Monday after spring break, we are back at school.  JoJo isn’t the same, his inappropriate behaviors are back, he is distant and not putting forth any effort.  For the first time ever he didn’t join our “lunch bunch”. That day he had P.E….his favorite special however; as I walked through the office to check my mail mid way through my plan period he was sitting there waiting to see the principal.  JoJo hadn’t been to the principal’s office all year. I met the principal outside the office and asked if I could talk to him privately in her office, she didn’t hesitate for a minute and immediately said yes.

I held out my hand for JoJo to hold as we walked into her office, he looked at me and like it was second nature he took my hand and joined me.  We sat at her round table side by side, all I asked was “What’s up?” He immediately started to cry and literally fell into my lap. I stroked his long shaggy blonde hair as he cried uncontrollably.  I told him it was okay, he was safe with me, that I was there for him and not mad at him. That is when he told me his story….. 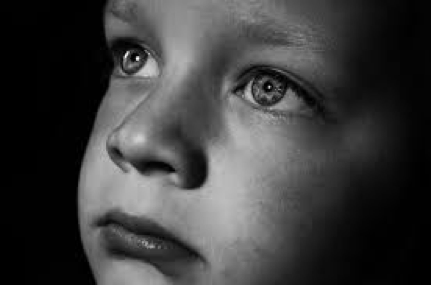 His parents yell at each other all the time, during winter break his mom came home and was yelling at his dad who had been drinking. His dad lit a fire in the backyard and put gasoline all over himself then proceeded to jump over the fire.  His older brother sprayed his dad down with water. He then told me that this morning when he was trying to eat breakfast his parents started to yell and hit each other and it scared him so he and his brother hid behind the couch. His dad hit his mom pretty bad and that was when he ran to school.

I knew what I had to do, I had to call DCFS.  I was a mandated reporter, but my heart was breaking for JoJo I cared so deeply for him how could someone so young and innocent be subjected to see such cruelty?

I had never made “the call” before, I wasn’t scared or nervous, I was doing what I knew was best for my student.  Honestly, I didn’t think anything would happen from the call….all of my colleagues that I had heard talking about their calls said that while DCFS took the call they had all been “unfounded”. That was not my experience in this scenario….

DCFS immediately went to JoJo’s house while JoJo stayed at school after dismissal with me, my principal, and an officer.  JoJo was not going home tonight, he was going to his Aunts. This was not the first call someone had made to DCFS on JoJo’s behalf.  After further dialogue with JoJo, neighbors, relatives, etc. we discovered these “episodes” were more common that he had let on, they were almost a nightly occurrence.

Tonight JoJo would be safe, but what would happen to him long term?  I went home that night and asked my fiancé if we could be foster parents for JoJo if one of his relatives were not able to.  I had to be sure JoJo was okay. I know what removing a child from their parents can do long term to a child but I also know the damage of staying in an unhealthy environment can do.

That next day I met his aunt who said that JoJo would be staying with her until the courts and DCFS decided what was best for JoJo long-term.  The last two months of school went by in a blur, JoJo continued to show success, he was less tired and was wearing clothes that fit him; however, he often mentioned how badly he missed his family.  That year I made a video montage of our year together for the students, as we sat and watched it together as the family we had grown to be, I started crying as did ever kiddo in the class….including JoJo. 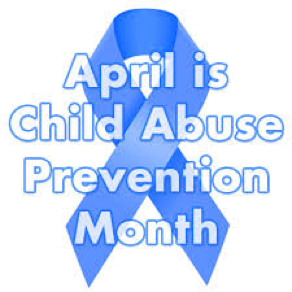 Making “The Call” is never easy, but it is our job. It is our job to advocate for students.  It is our job to build relationships and create trust with our students so that we can support the whole child.  Kids need to know that we care deeply about them, what we say might be the only thing that child hears all day. What we say matters, our tone of voice matters.  Be someone who matters!

I had heard that JoJo was doing great the following year living with his aunt and attending a school within the same district I taught, but I hadn’t seen or heard from him.  Five years after I had JoJo in class, I attended church with my parents (not something I did often) the whole time I felt someone was staring at me but didn’t pay much attention to it.  After church I was gathering my coat and belongings when I heard someone say “Ms. Busch???” I was shocked to hear my maiden name as I had been married for 3 years now. I turned around to see a boy I barely recognized….it was JoJo.

He was so tall!!!  We sat in the pew and talked for over an hour.  His legal guardian was his aunt and had no contact with his family as they were both in jail.  He had friends, a girlfriend even, and was the captain of his traveling soccer team. He was happy.  As his aunt and my parents were waiting for us we said we better get going, I told him how great it was to see him again and how I thought about him constantly.  I told him he forever made an impact on the way I teach and what I value and how proud of him I was…..his response….”You made changed my life forever, you saved me, I will never forget you either.”

Whenever you suspect that a child is being abused or neglected, or at risk, please call the Illinois Child Abuse Hotline at 800-25-ABUSE (22873).